Borobudur: the Buddhist heritage of Java

To the east of Bali, on the island of Java in Indonesia, there is an unusual Buddhist temple Borobudur. It is a famous place of pilgrimage for Buddhists from all over the world and an impressive tourist attraction. This is the oldest Buddhist temple and the second largest in the world after Angkor Wat in Cambodia. 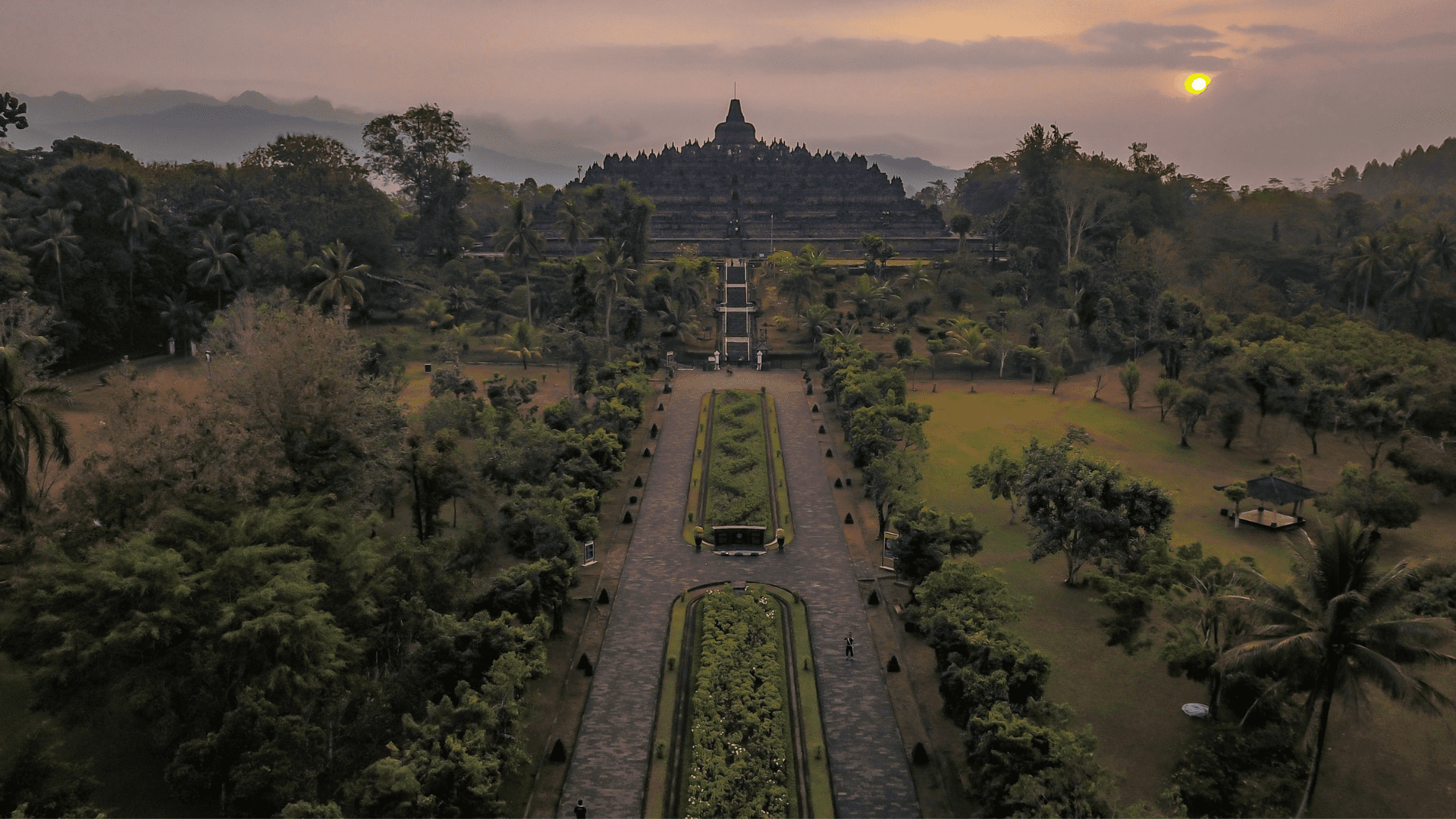 What do we know about Borobudur Temple?

Borobudur is a temple complex presented in the form of a Buddhist stupa. It looks the same as it did a thousand years ago. The stupa was built from 2 million stone blocks.
Archaeologists have never discovered the quarry, where they mined and processed stones for its construction. And scientists still cannot determine the exact date and duration of the construction of the temple. According to different versions, it was built between the 7th and 9th centuries AD. 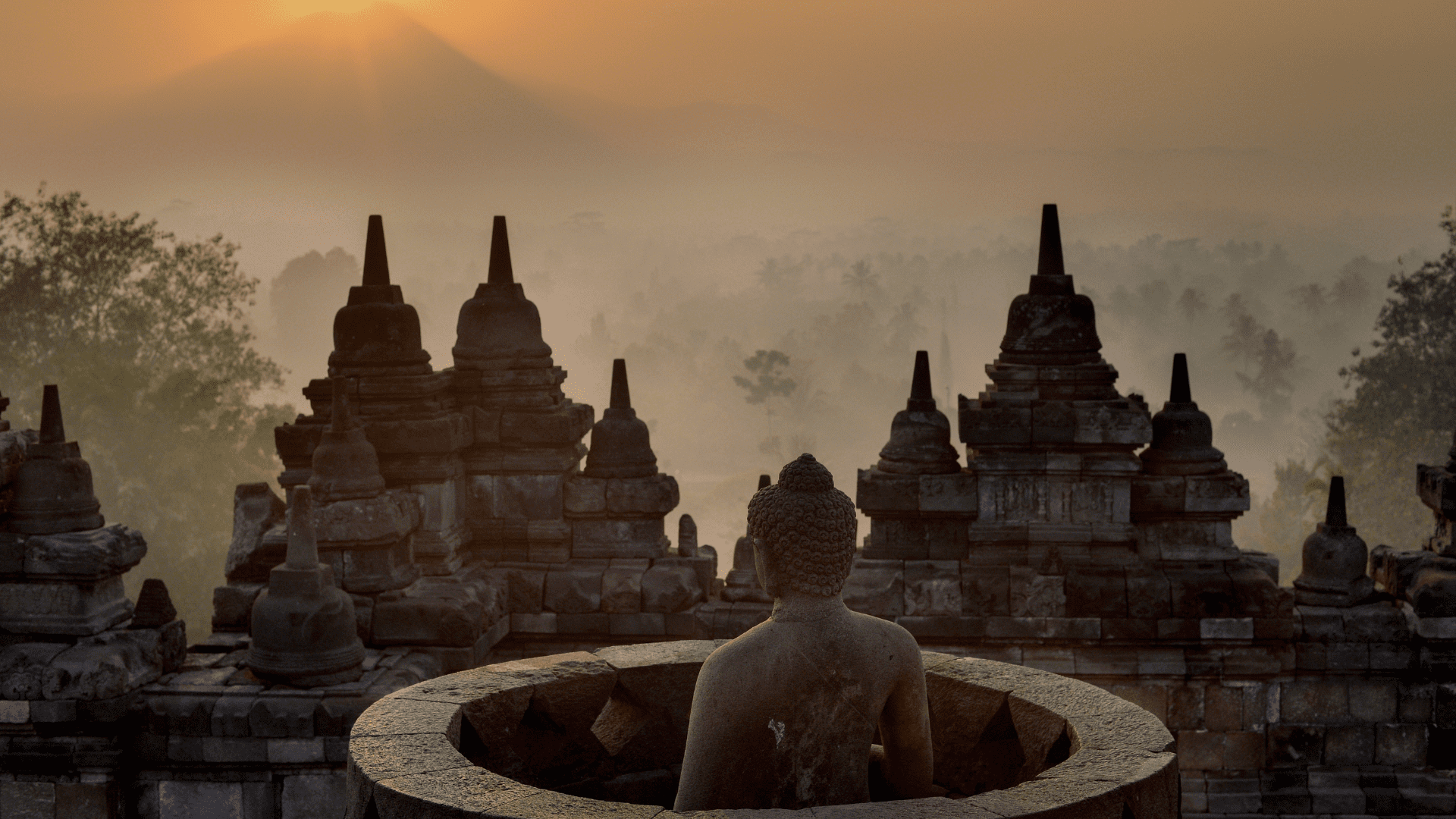 What is the sacred meaning of the architecture of the temple?

The stupa is made in the form of a mandala - a Buddhist model of the universe and all the teachings of the great Buddha are expounded in its stone. It has 8 floors: a square foundation with a side of 118 meters, 4 square lower floors and 3 upper round ones. 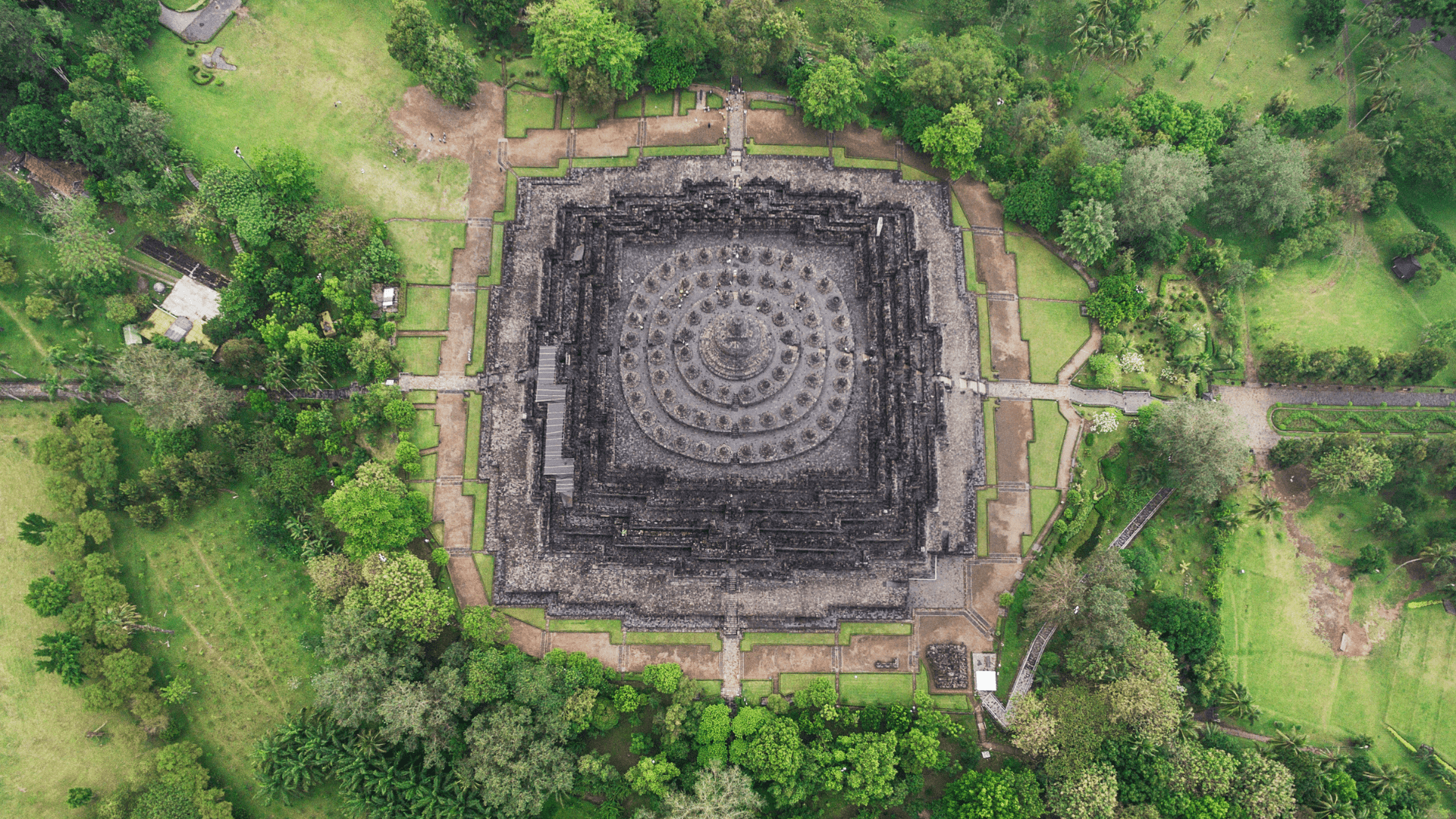 On the upper tier, there are 72 small bell-shaped stupas and one large one in the center.  The stupas contain 504 Buddha statues and 2600 bas-reliefs with scenes from Buddhism inside them. According to legend, the one who touches the fingers of the Buddha figure will be lucky.

Borobudur symbolizes the union of the higher with the lower, Heaven with Earth, gods with people. All 8 tiers of the temple are eight steps to enlightenment: 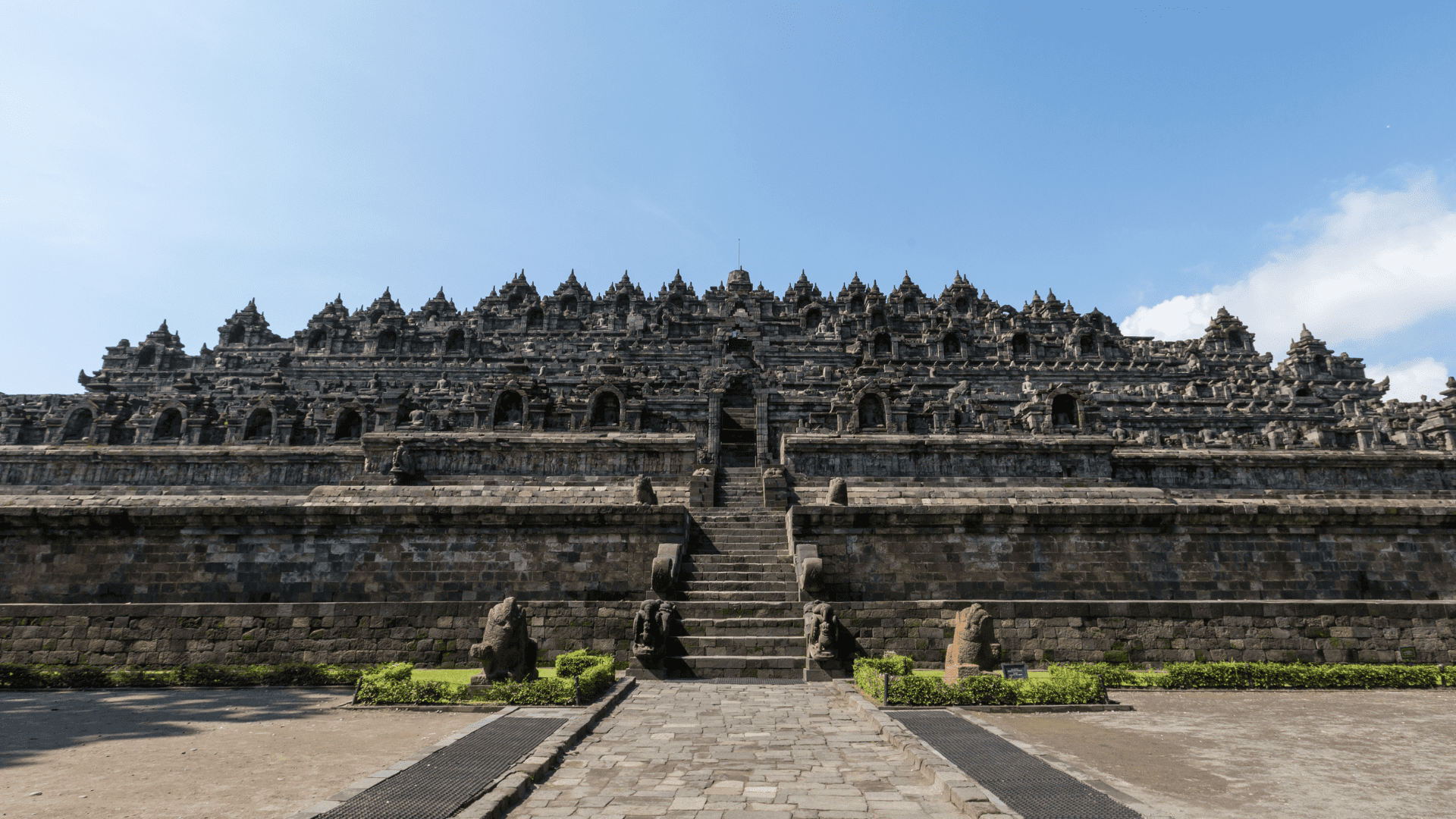 A temple complex that has risen from the ashes!

This complex has gone through a lot of trials. In 1006, a powerful eruption of the Merapi volcano probably forced the people of the surrounding areas to leave this area. Borobudur temple was buried under the ashes and people soon forgot about it. Only in 1814, during the Anglo-Dutch War, a mysterious monument was accidentally discovered in the ground. The same year the Dutch organized an expedition to excavate, which was completed only in 1835. The temple was destroyed and its structure was unclear. In 1882, there were discussions about how to dismantle it completely and transport it to the museum. While its fate was being decided, the complex was being taken away to be sold as souvenirs. The King of Siam grabbed eight statues of bull teams and a sculpture of the only surviving guardian of the temple. 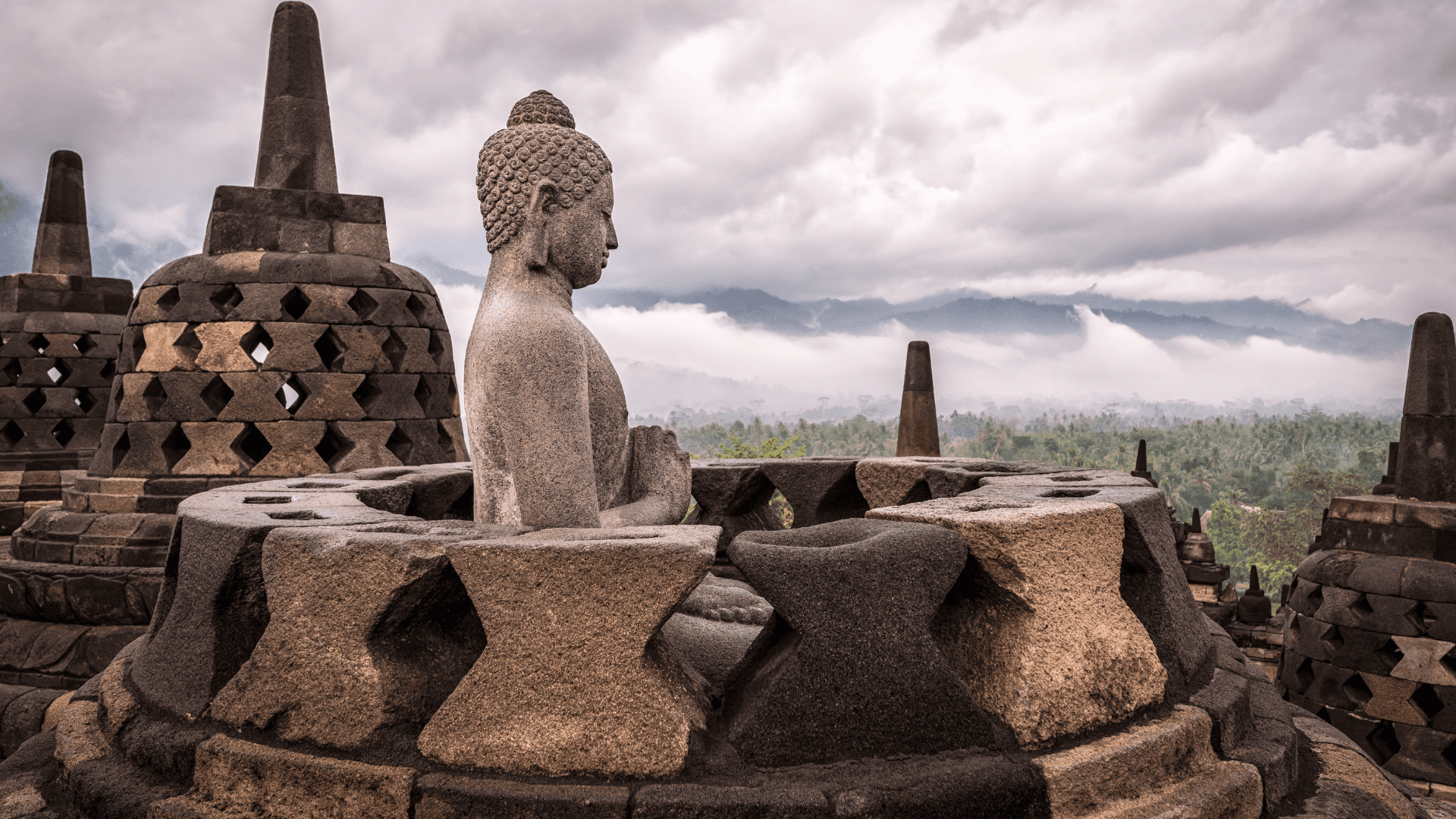 In the 20th century, the temple suffered from earthquakes and even bombing, but Buddhists believe that the divine spirit will not allow the temple to disappear from the face of the earth.

As a result, it was decided to restore Borobudur. In 1907-1911, the primary restoration of the temple took place. They carried out a complete restoration under the auspices of UNESCO in 1973-1984. Since 1991, Borobudur has been listed as a UNESCO World Heritage Site and recognized as an example of Indonesian medieval architecture. 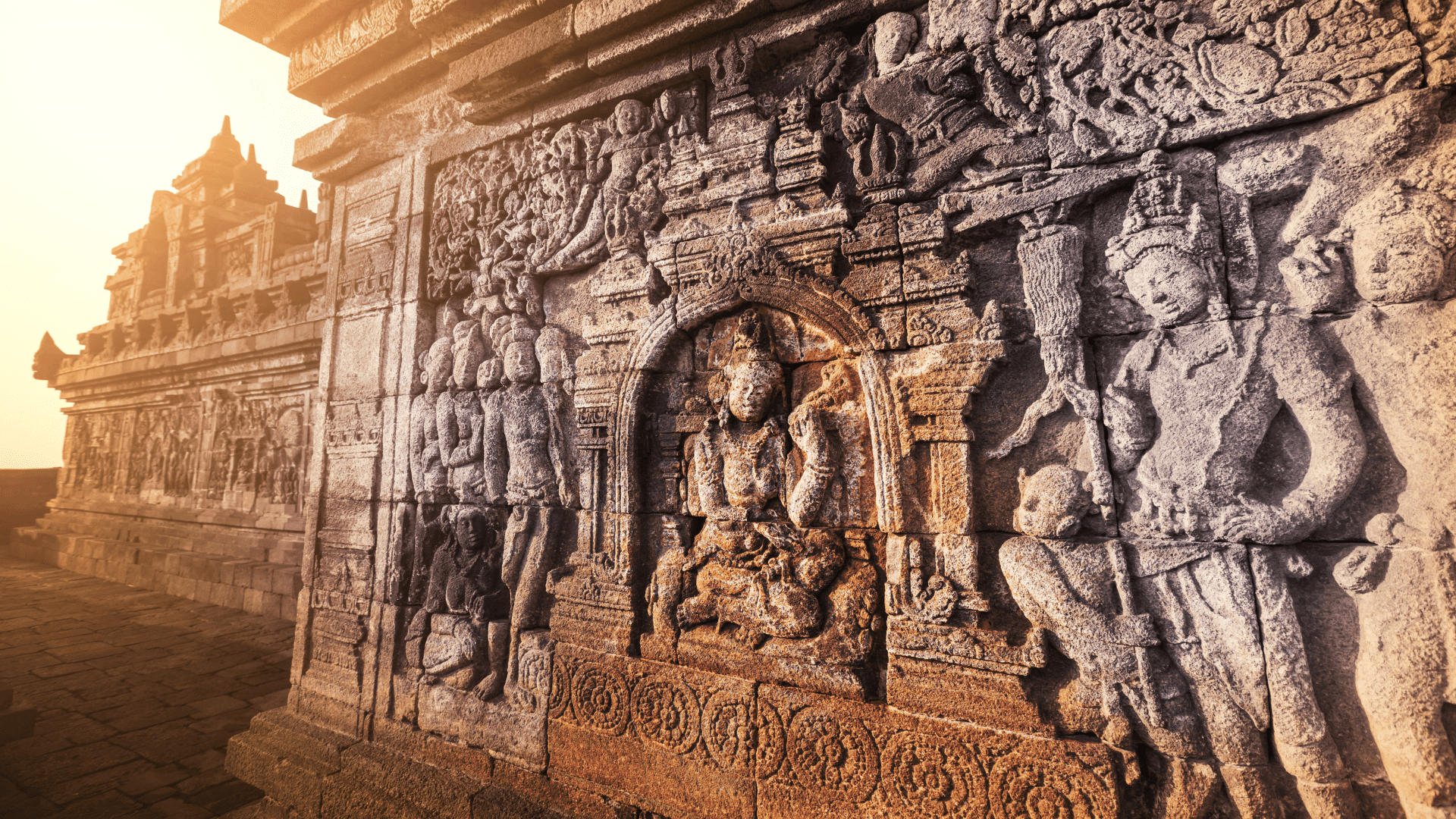 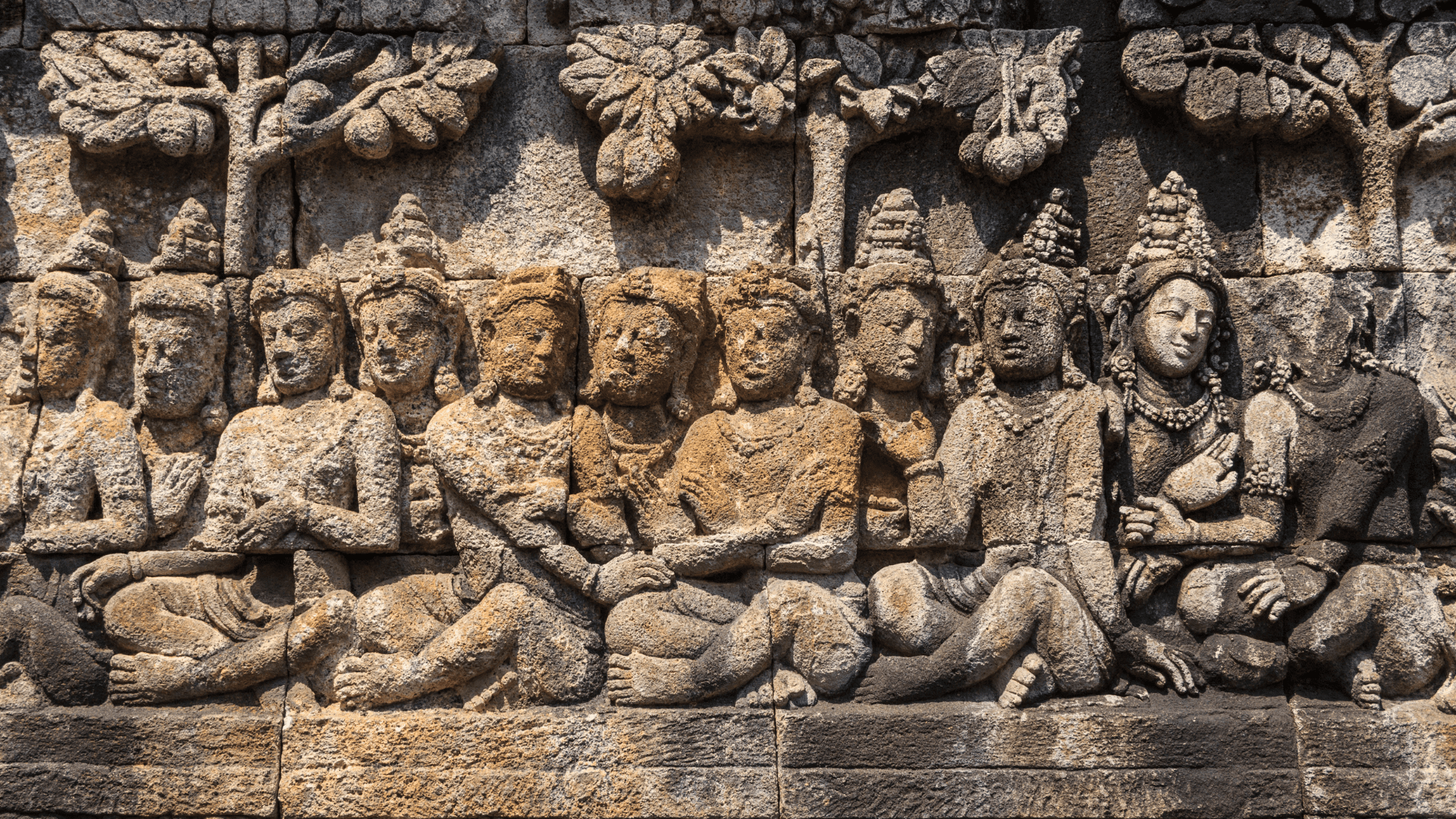 How to get to Borobudur?

The complex is located in the heart of the island of Java, one of the largest in Indonesia, 40 km from the city of Yogyakarta, in the sacred valley of Kebu. It will not be so easy to get to it from Bali by land transport, it is most convenient to fly to Yogyakarta by plane. There are direct flights from Denpasar Airport (Bali) and from Jakarta. 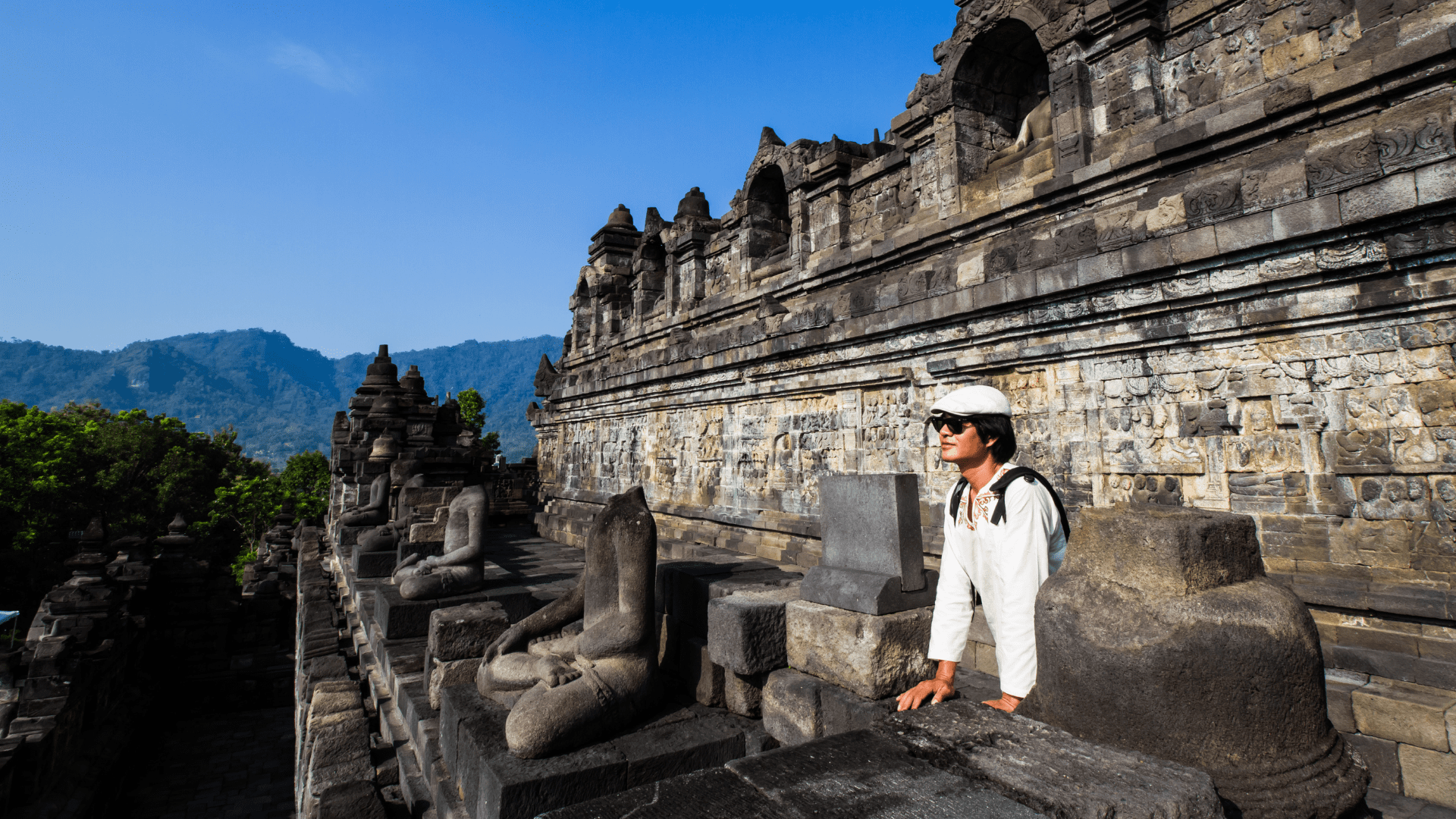 Our company conducts individual tours to Borobudur temple. The excursion is designed for the whole day and includes:

You can find out the price, get acquainted with the program and book the tour here

The tour does not include flights and hotels if you decide to spend the night in Java.

Embark on a tour to touch the shrine of the island of Java and get to know the heritage of ancient times.