At dawn on the small island of Nusa Lembongan, which is located near Bali, you can see an interesting picture: the locals come ashore and prepare to sail in their small wooden boats. No, they are not fishermen. They are farmers who grow seaweed, which in the future may be the solution to the acute problem of ocean pollution and plastic waste. 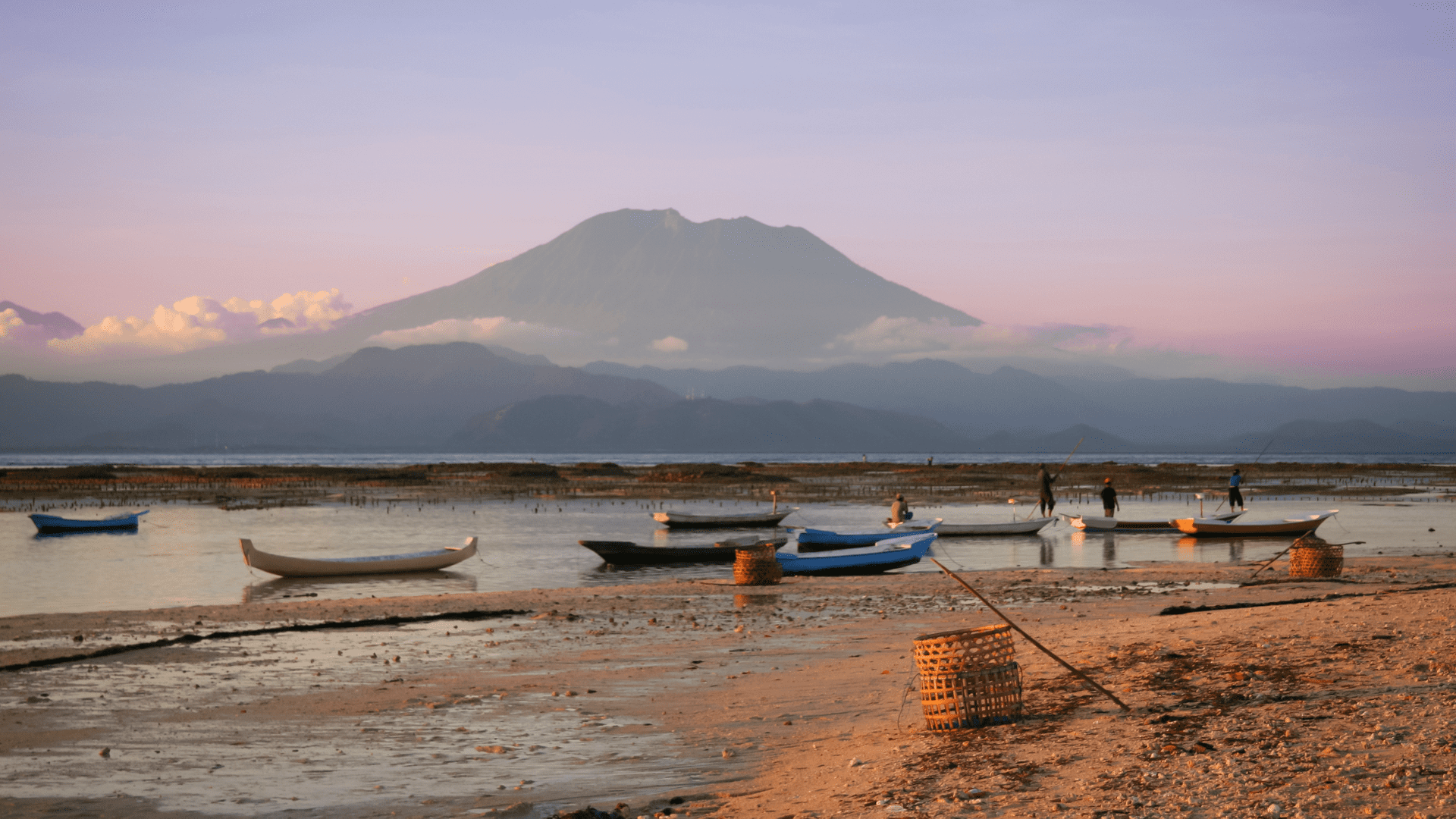 Seaweed cultivation in Nusa Lembongan began in 1978. At that time, more than 5,000 inhabitants of the island worked on farms in the bay.

Until 2014, the whole of Indonesia was the world leader in the production of red seaweed, growing more than 8 million tons per year. Today, the country ranks second after China, but still owns 38% of the world market.

Today, Indonesia is still the number two exporter, but only a small amount comes from Bali. Once processed, the seaweed is successfully used in everything from food to cosmetics. In addition, bioplastics are made from them, which does not harm the environment. 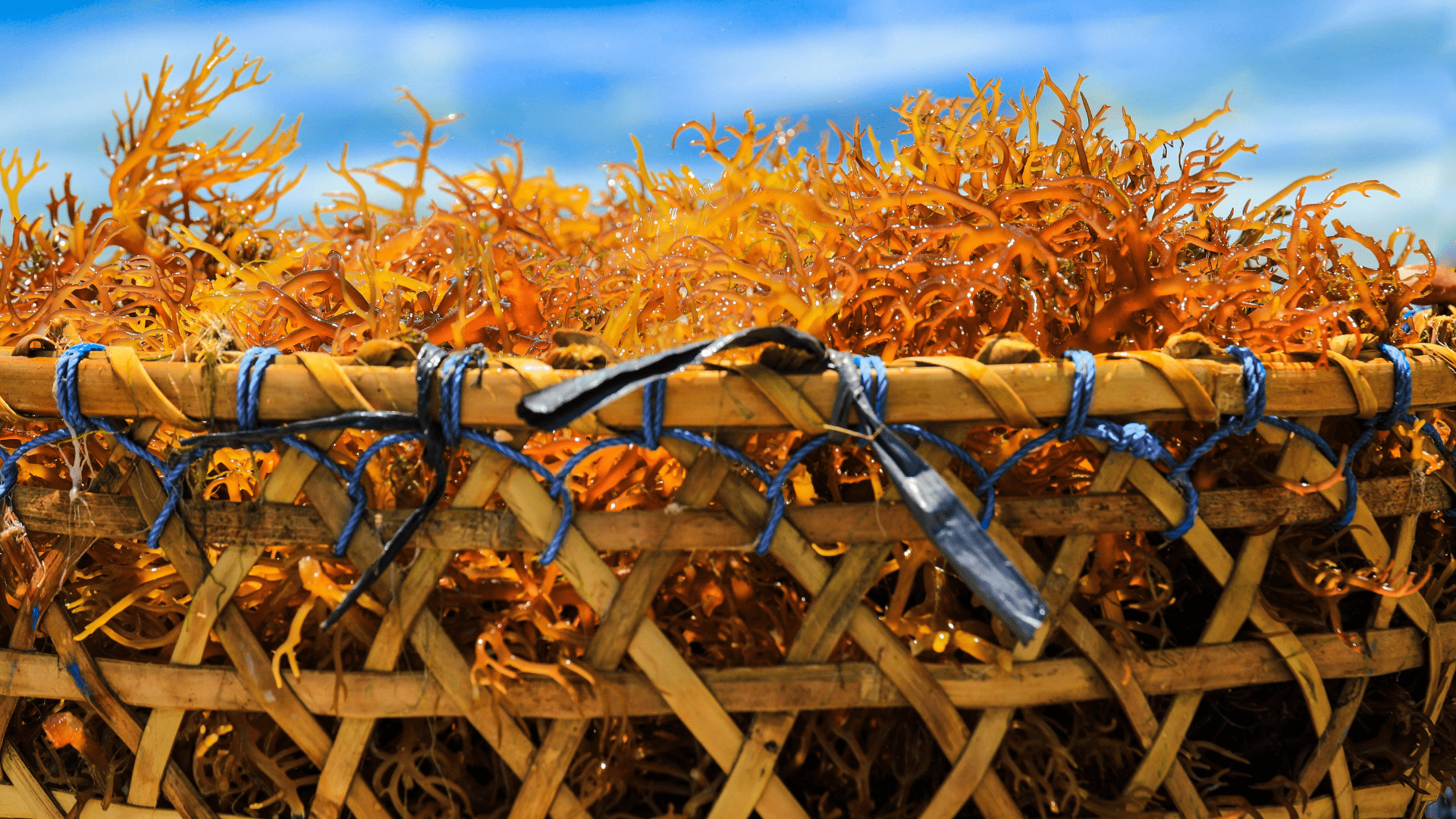 Why has seaweed production dropped dramatically in Bali?

In 2014-2016 Nusa Lembongan faced a serious threat to their aquaculture existence. Due to global warming and rising water temperatures, as well as changing salinity levels, farms have been contaminated and crops have become unusable. At the same time, tourism in Bali began to develop rapidly and many farmers left to work in a new promising area.

How is seaweed produced in Nusa Lembongan?

The farms are located in the bay, protected from the waves by reefs. The water here is always calm and keeps at around 28 ° C. This is an ideal environment for growing the red seaweed Eucheuma Cottonii.

First, farmers buy seaweed seeds on the island of Nusa Penida in the form of a 5-meter rope. They then plant it on their "land" in the ocean to create a "box" that varies in size but is usually around 5 x 50 meters. Each "box" of a seaweed farm is made up of rows of wooden poles and ropes. Seaweed  seedlings are attached to these rows. The "box" contains approximately 100 bunches of seaweed. It is very important that the chosen expanse of ocean is accessible at high and low tide. Each "box" is marked with flags. Farmers visit their boxes daily at low tide between harvests to check if they are damaged.

Harvesting takes place after 30 days. Usually, two crops are planted within a month, so it is harvested every 15 days that fall on a new moon or a full moon. Harvest early in the morning at low tide. Sometimes the process can take up to 10 days for one farmer. If the tide is low in the middle of the night, the farmer will spend the midnight hours in the water with a headlamp. This is hard work that not everyone is capable of. Farmers often have to be exposed to the elements or bad weather. 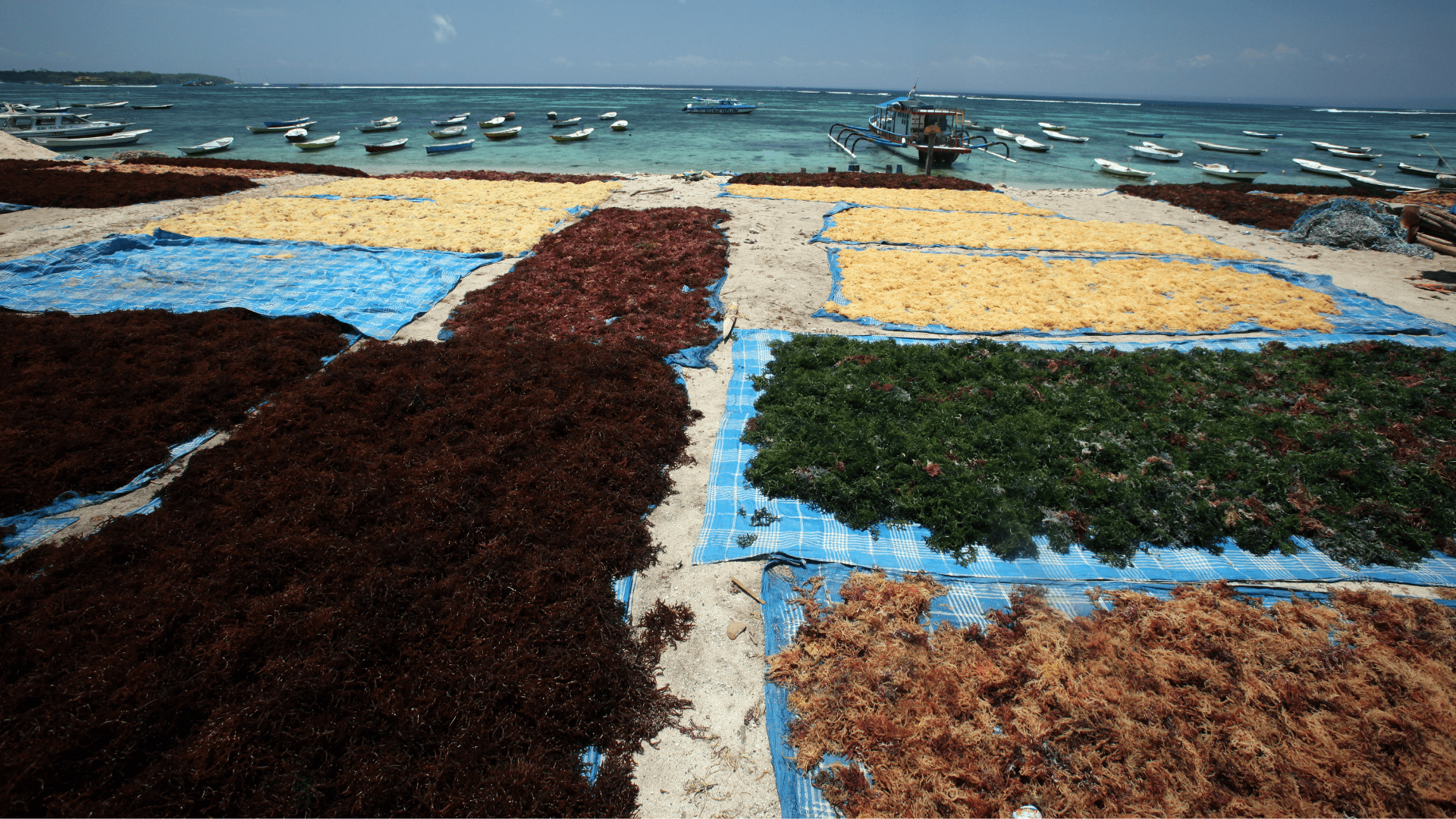 At night or in the morning at low tide, the farmer cuts the seaweed, brings them ashore, and in the afternoon creates new rows of seedlings for the next harvest. They work sitting in small wooden boats.

After drying, the farmers sell them to "seaweed harvesters" who live on Nusa Lembongan, who transport them to Nusa Penida and sell them to export traders for use in cosmetics. Farmers can produce 400 kg of dried seaweed  per month, which are sold for as low as IDR 12,000 per kg. They also sell seedlings to other farmers. The price of 100 seedlings is around IDR 5 million. 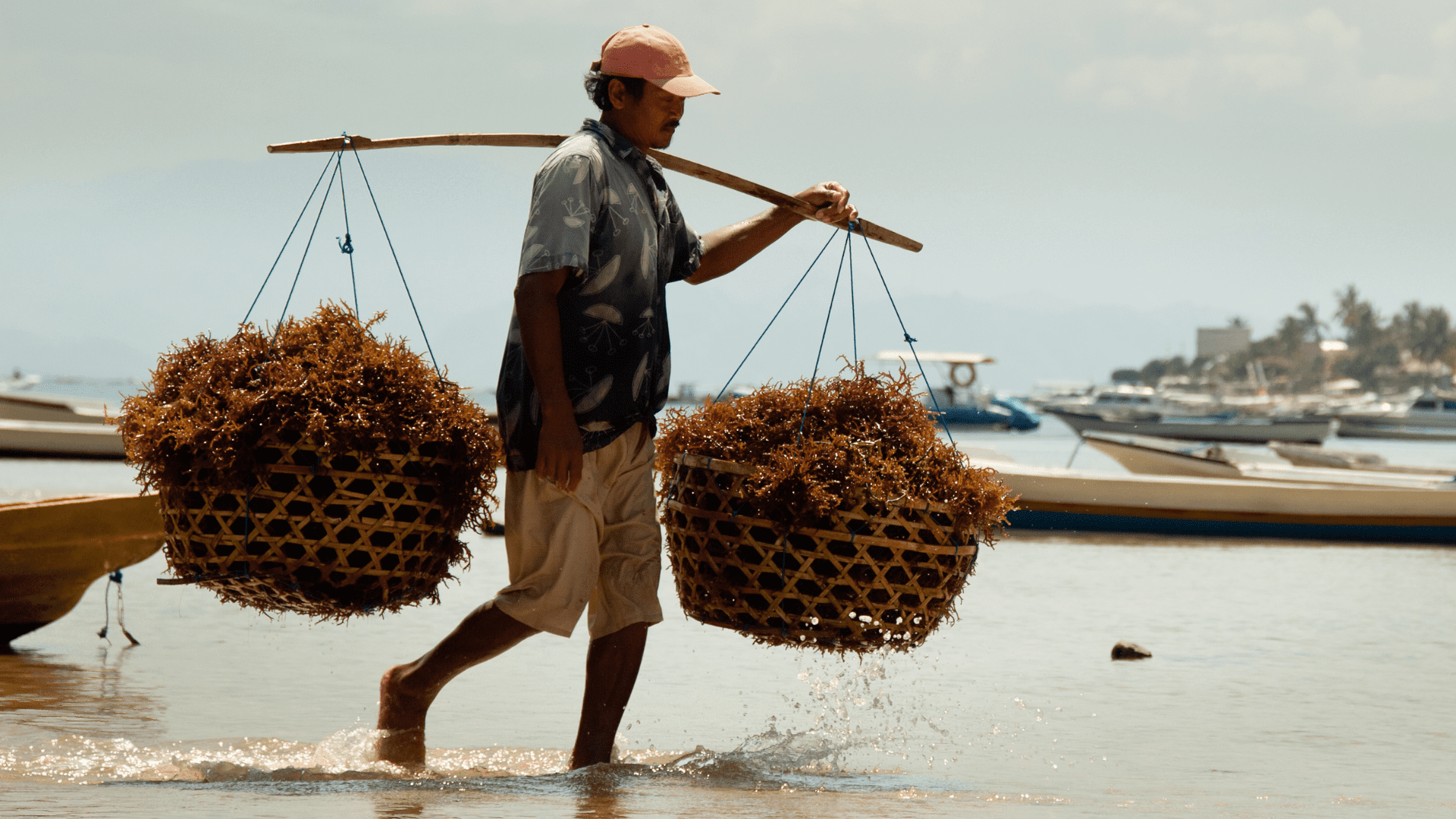 In 2020, the COVID-19 pandemic began and the tourism sector sank heavily. The locals had to look again for alternative sources of income. The locals understood that tourists would not return to Bali soon and turned their attention to the old forgotten business of growing seaweed, for which demand only grew. The older generation of Nusa Lembongan played a key role in rebuilding the industry by passing on their knowledge to younger family members who until then only knew how to work in tourism.

It's great to see so many locals returning to the seaweed industry and we hope the trend continues into the future to work in tandem with tourism. 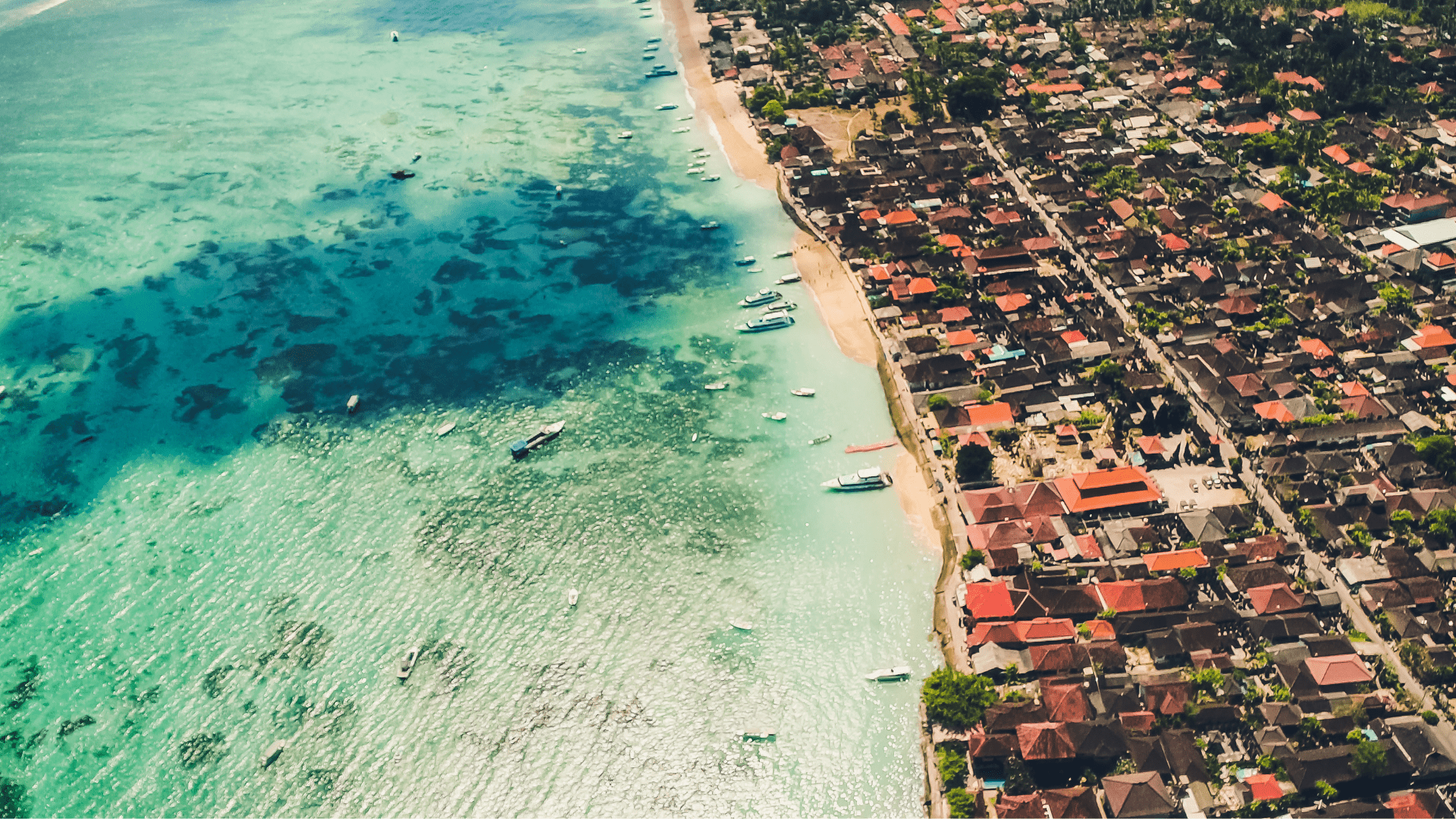 Large-scale seaweed farming has the potential to further address major issues such as coastal pollution, habitat degradation, overfishing and climate impacts. In addition, seaweed  can replace plastic in production and become the most environmentally friendly raw material used on an industrial scale, which will change the situation in the world.