The philosophy of Balinese costume

Balinese clothing is very diverse: it is bright, has many variations, and has a high aesthetic and religious value for the people. Balinese traditional clothing comes in two types: 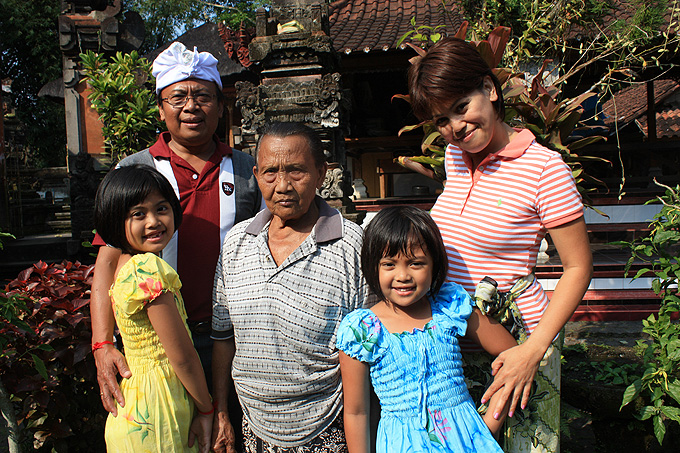 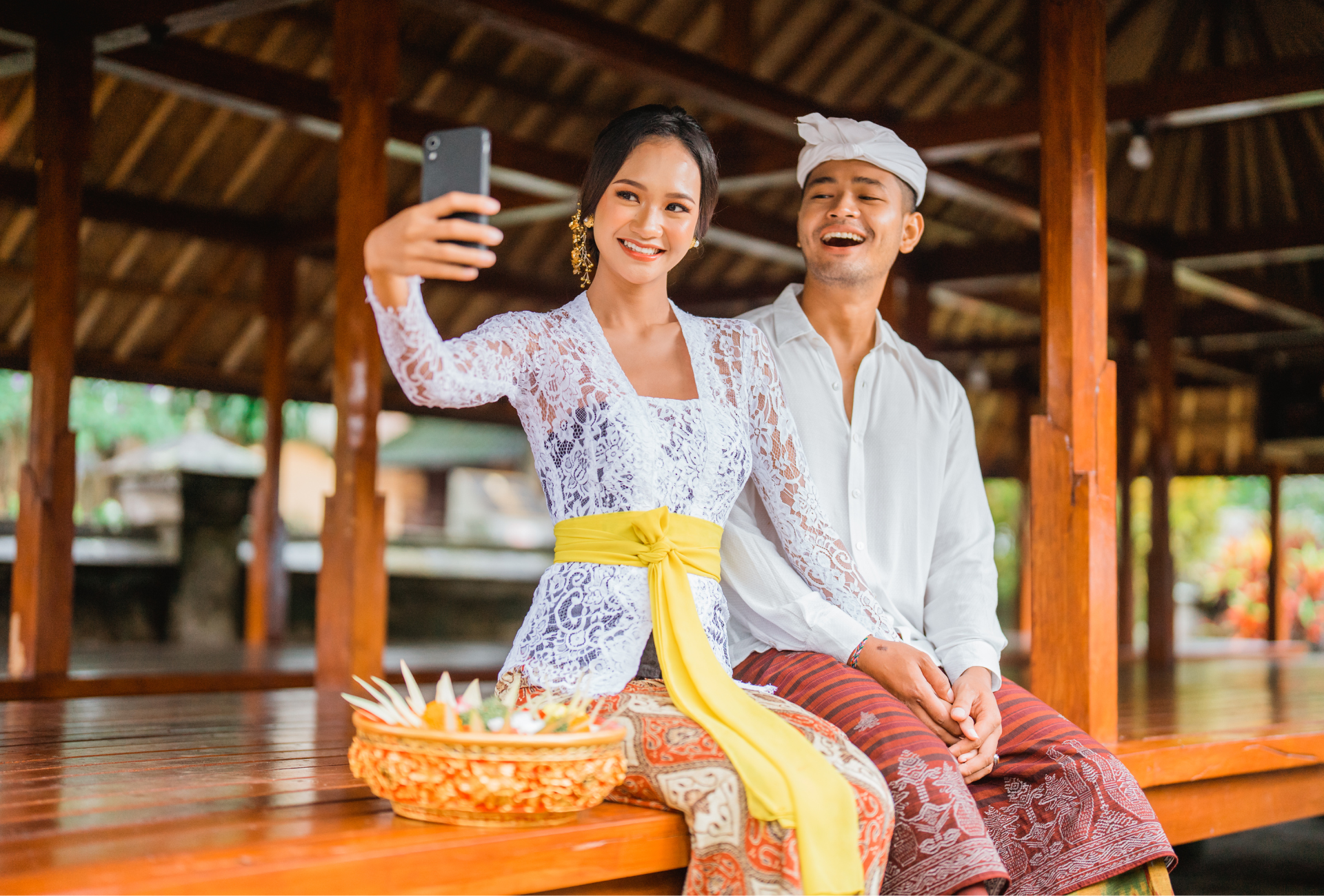 Madya is usually used during ceremonies or prayer in the temple. Men's and women's clothing has its own special philosophy.

The main concept of Balinese traditional clothing is tapak dara, which means a religious symbol in the form of a cross, similar to the "+" sign.

In other words, all the clothing covering the bodies of Balinese people has the principle of the cross: 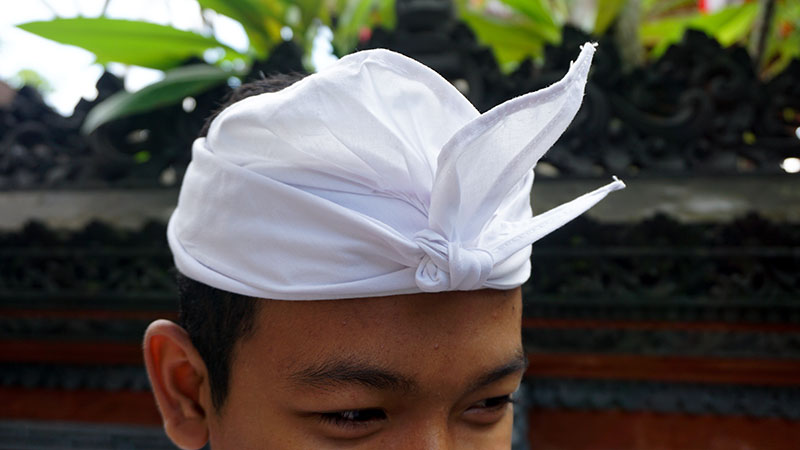 This is a fabric that covers the head like a scarf, the ends of which are tied together on the forehead: the meeting of the right and left ends of the scarf means the meeting of good and bad beginnings, which together become a neutral whole.

Three types of udeng are well-known on Bali: 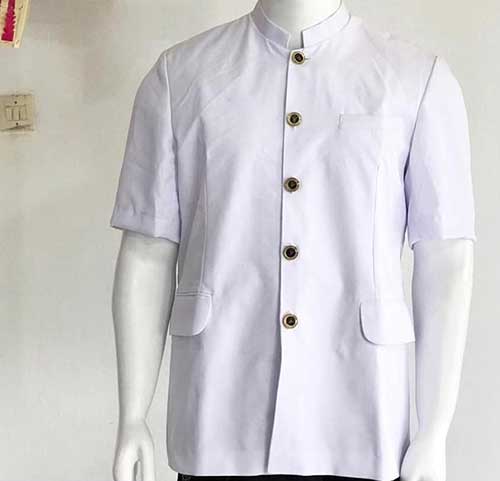 A white shirt, worn when visiting temples or during prayers, is a symbol of purity, and a black one is worn on the Ngaben (death ceremony) and symbolizes mourning. 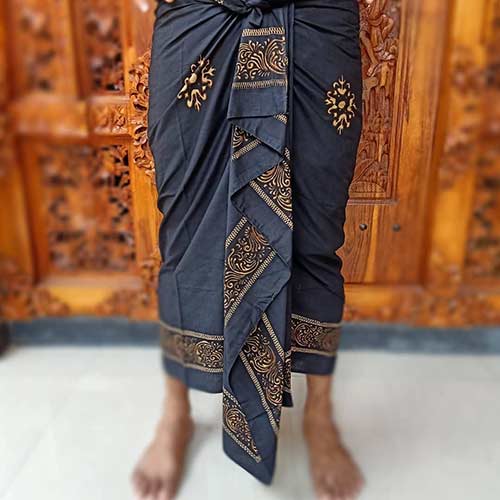 Camben (or sarong) is a long garment that covers the waist and legs to the ankles.

Camben is wrapped from left to right, symbolizing in this way the preservation of truth and strength by a man.

In addition, wearing an inch above the ankle symbolizes that men should be strong, not give in and be able to move on, because, as the saying goes, "the higher the ankle, the longer the life.

At the same time, the lelansingan (end of the fabric) must slightly touch the ground, which symbolizes masculinity and devotion to the mother-earth.

There are 3 types of women's hairstyles:

1) Unmarried women have their hair half collected and half loose. This hairstyle is called "pusung gonjer" and symbolizes that the woman is still free to choose a man. 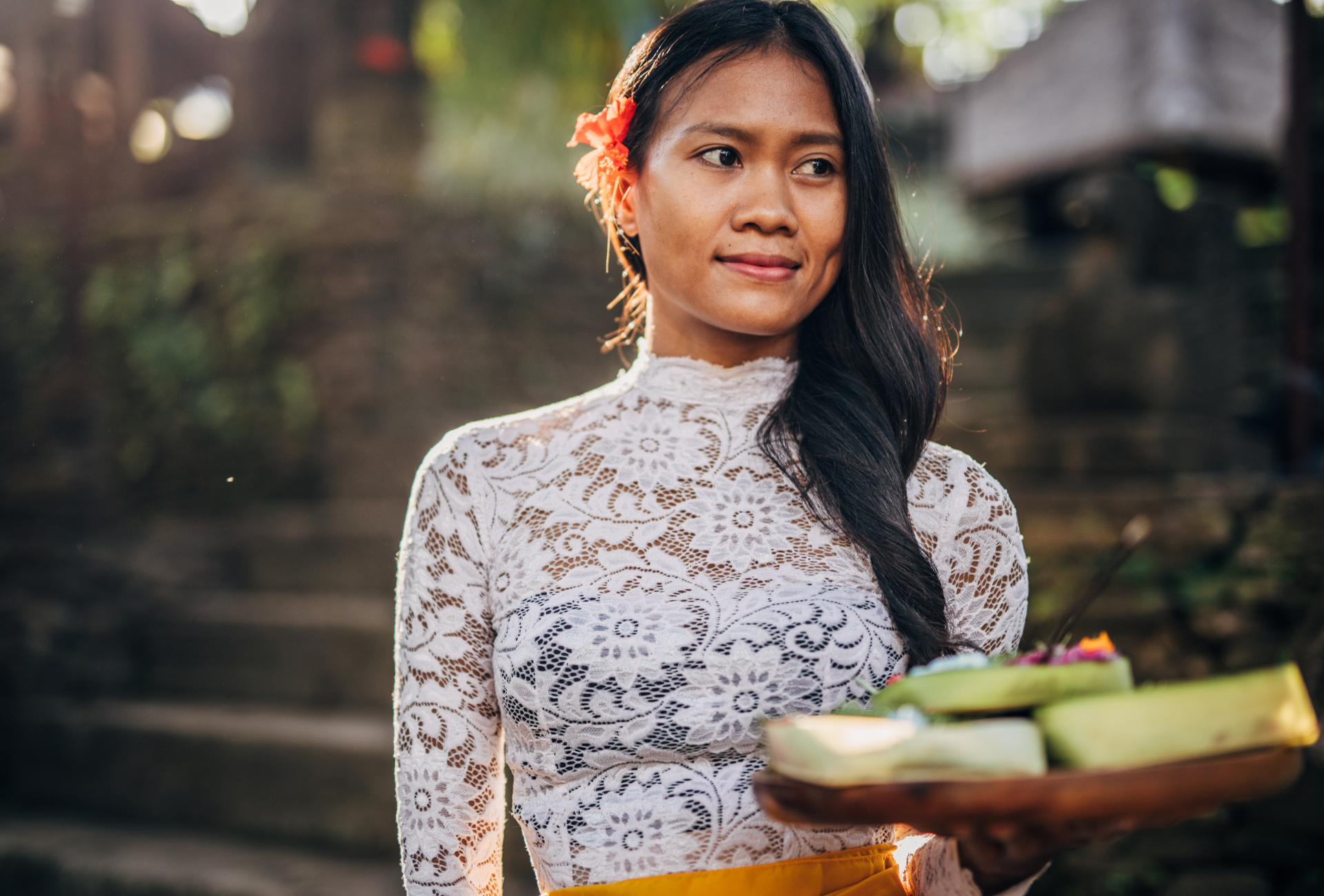 2) For traditional ceremonies, women make a butterfly-shaped hairstyle and decorate it with yellow, white, and purple flowers. 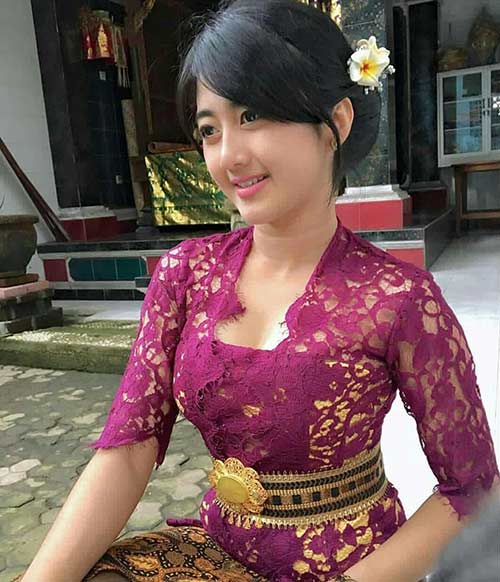 3) Married women have their hair completely laid out - this means that the woman is already bound by the bonds of marriage. 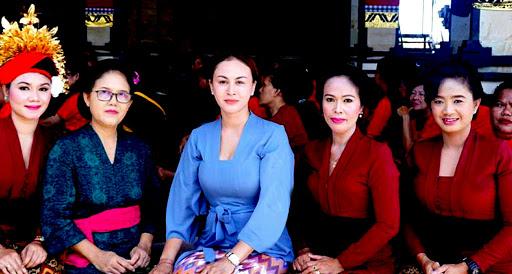 This is a traditional Balinese dress or shirt (madya).

The white kebaya, as a symbol of purity, is usually worn when going to a temple or praying, and the black one is worn on the Ngaben (death ceremony) as a symbol of mourning. 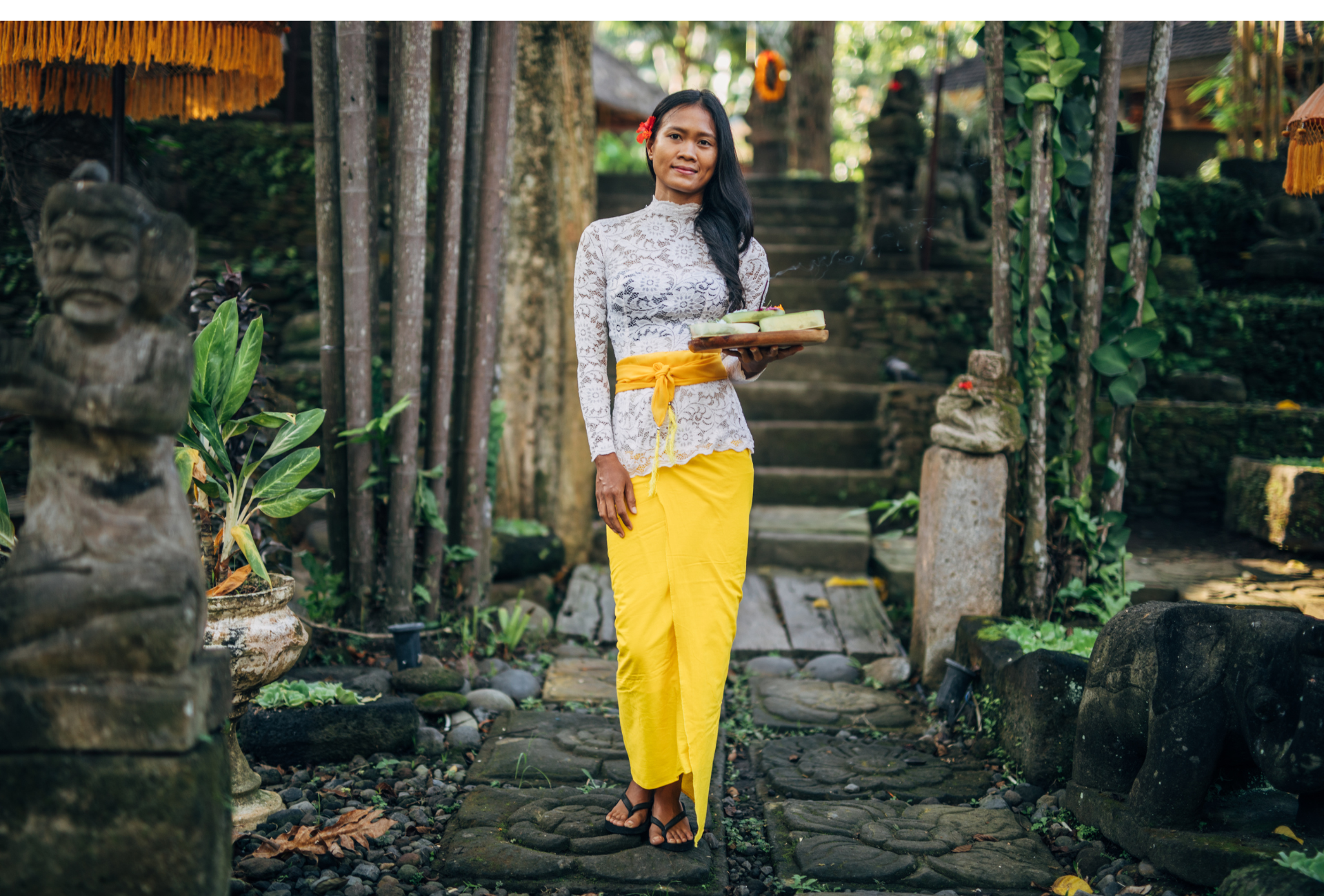 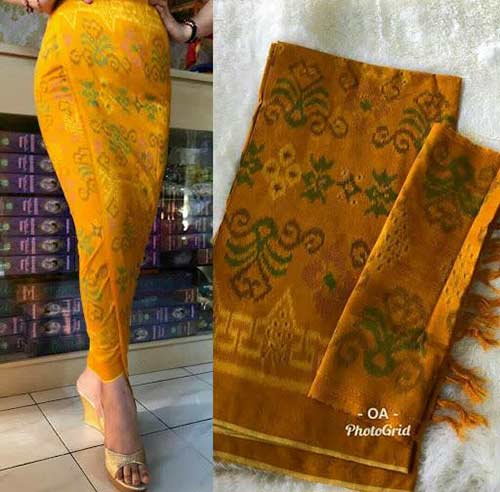 Camben (women's sarong) - a fabric similar to a long skirt.

The way a sarong is tied for women is different from that for men - it is wrapped from right to left.

This means the acceptance and balancing of male strength. 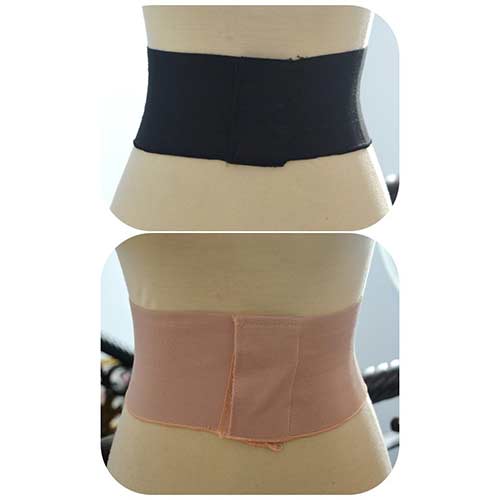 Bulang or stagen is a patterned fabric, which is a symbol of a woman's fertility.

Finally, a silk scarf is worn around the waist - this is a symbol of a body divided into two parts, namely Manusa Angga and Butha Angga.

In addition to the clothing that Balinese people wear for ceremonies, there is a special costume for special events. The richer national costume can usually be seen at a wedding or during the performance of national dances.

Against the background of these costumes, the usual ceremonial clothing seems almost every day!

Such outfits for special occasions are decorated with gold, and bright embroidery, made of more expensive fabrics, and of course, both men and women have a crown and other gilded ornaments. 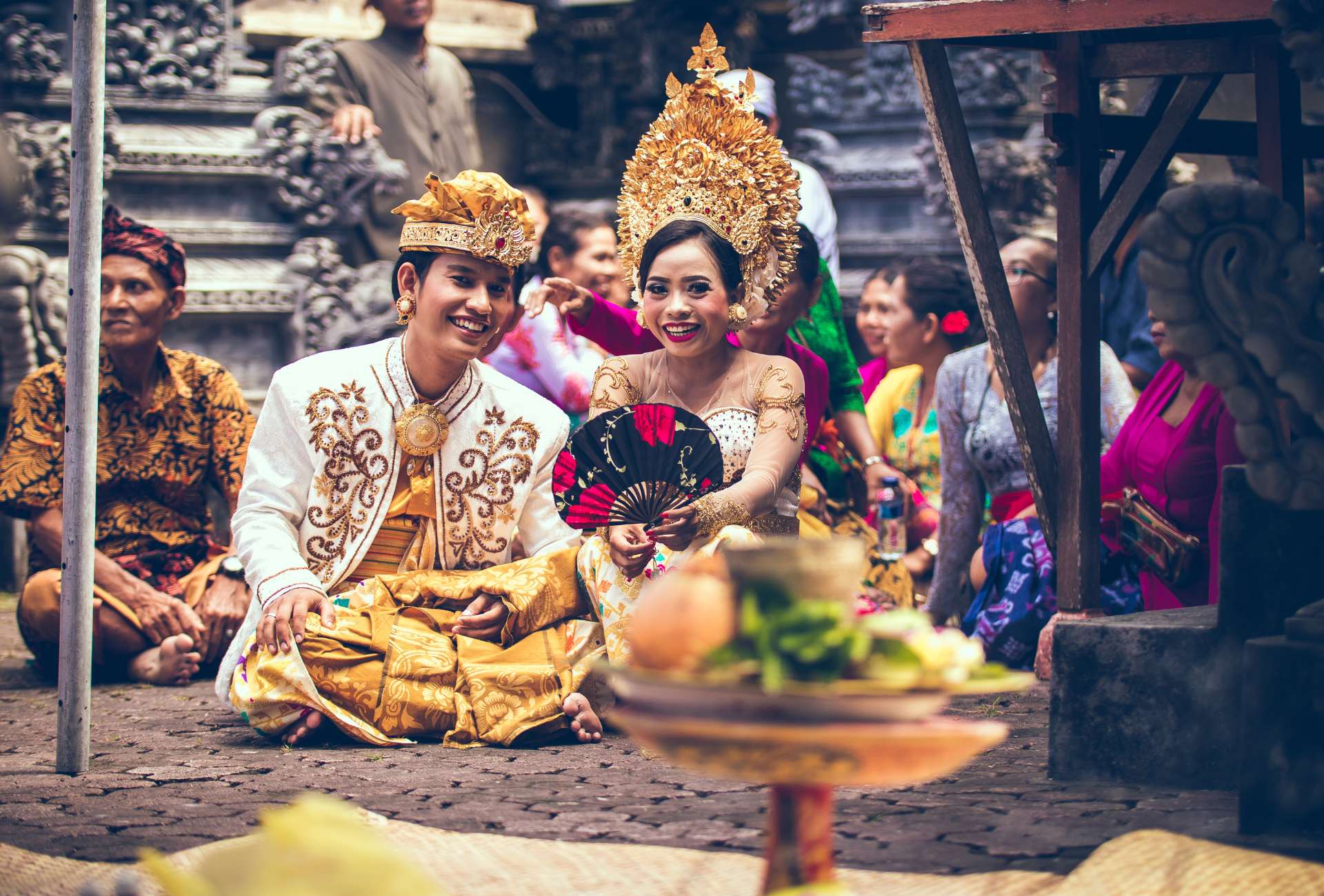